The publication of today’s (09 February 2022) Public Accounts Committee report “EU Exit: UK Border Post transition” shows that government needs to place an urgent focus on arrangements at the nation’s borders if trade and passenger traffic is not to grind to a halt from this summer onwards. As Sarah Laouadi, the organisation’s head of European policy explains, while the logistics sector has made huge strides in preparation for new border arrangements, there is still much to do to keep the UK trading with its closest business market.
“Our industry has made huge strides in preparing for new border and customs arrangements with the EU since the Withdrawal Agreement was signed,” she says, “but the imposition of new import checks this summer and introduction of new border processes could have a significant impact on the ability of UK businesses to trade effectively in the future.
“The new EES passport checking system needs urgent attention, as it currently would require drivers to leave their vehicles and cross live traffic lanes in ports and terminals to undergo passport checks.  Not only would this create safety risks, but it will have a severe impact on the time it takes to cross the border and knock-on effects on traffic flows on both sides of the Channel.  As we know, independent modelling* has previously shown that a two-minute delay at the border could create up to 29 miles of queuing traffic and while some friction is unavoidable after the UK’s departure from the EU, the potential time that the new system would take could be disastrous for the UK’s highly interconnected supply chains.  And with passenger volumes due to rise as the summer approaches, this delay would impact consumers as well.”
As Ms Laouadi continues, the industry has made huge strides in preparing for new import checks on goods coming from the EU, despite the pressures placed on the sector by Covid-19. “Businesses moving goods from the EU to the UK have been working hard to prepare for the new EU import requirements, but there is still much to be clarified by government:  While government seems to be confident that all planned Border Control Posts (BCPs) will be built and staffed in time for July – albeit with interim arrangements and temporary facilities in certain cases – our main concern is the lack of details about the type of commodities that will be accepted at each location, which is crucial for businesses to rearrange their routes and operations if necessary. This information should be available by now. The operational changes we are talking about cannot be delivered at the last minute. We would like the UK Government to show leadership on this to bring together all involved parties including the operators of BCPs and deliver the information the logistics industry needs to successfully navigate the next stages of import controls.”
Most important, according to Ms Laouadi, is to achieve the ambition to move from the “Day one” arrangements to the best possible border procedures. The 2025 border strategy has the potential to reduce the costs of trading, which did increase for EU imports and exports as a result of EU Exit procedures; it will also equally benefit UK businesses trading with the rest of the world. The speed at which these border reforms are introduced is crucial. There is no doubt the transformations proposed by government in its Border Strategy have great potential, but we believe some of these should be delivered even before 2025. Our sector is at the heart of every facet of the UK’s economy and now is the time for government to give UK importers and exporters the conditions to thrive.”
*https://www.imperial.ac.uk/news/186530/how-imperials-findings-post-brexit-borders-caught/
By Tim|2022-02-09T16:53:06+00:00February 9th, 2022|Industry services, Uncategorized|Comments Off on PRIORITISE THE UK BORDER TO KEEP TRADE MOVING, LOGISTICS UK WARNS GOVERNMENT 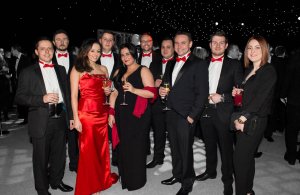